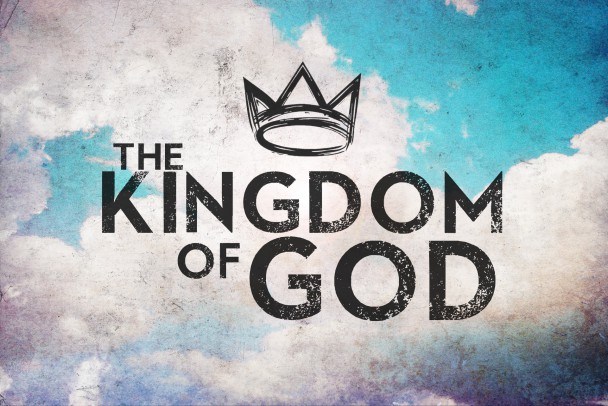 The Kingdom of God

Acts 1:1-3 “In my former book, Theophilus, I wrote about all that Jesus began to do and to teach until the day he was taken up to heaven, after giving instructions through the Holy Spirit to the apostles he had chosen. After his suffering, he presented himself to them and gave many convincing proofs that he was alive. He appeared to them over a period of forty days and spoke about the kingdom of God.”

As Jesus began his ministry, the Bible says that he, “traveled about from one town and village to another, proclaiming the good news of the kingdom of God” (Luke 8:1). The concept of the kingdom of God was central to the teaching of Jesus, and therefore it is critical to our understanding of what it is to believe in and follow after Christ.

Luke 4:18-21“The Spirit of the Lord is on me, because he has anointed me to proclaim good news to the poor. He has sent me to proclaim freedom for the prisoners and recovery of sight for the blind, to set the oppressed free, to proclaim the year of the Lord’s favor.” Then he rolled up the scroll, gave it back to the attendant and sat down. The eyes of everyone in the synagogue were fastened on him. He began by saying to them, “Today this scripture is fulfilled in your hearing.”

The purpose of God in creating the world was to establish his reign over all the earth. That reign was marred and spoiled by our disobedience in the Garden of Eden. Christ came to reclaim that which was his own, and to proclaim God’s rule and reign over all the earth through Christ’s victory, as he overcame the cross and arose from the grave.

Luke 4:42-43 At daybreak, Jesus went out to a solitary place. The people were looking for him and when they came to where he was, they tried to keep him from leaving them. ‘But he said, “I must proclaim the good news of the kingdom of God to the other towns also, because that is why I was sent.”

He proclaimed that his complete victory would come at the time he returned to earth, when every knee would bow and every tongue confess that Jesus Christ is Lord to the glory of God the Father

(Philippians 2:10-11).  “that at the name of Jesus every knee should bow, in heaven and on earth and under the earth, and every tongue acknowledge that Jesus Christ is Lord, to the glory of God the Father.”

The kingdoms of this world go blindly on, believing that their power and glory is the only thing that counts in this world. They do not see that there is an eternal Hand working behind the scenes which determines the destiny and fate of every individual and nation.

The Psalmist assures us:

Mark 1:14-15 ‘After John was put in prison, Jesus went into Galilee, proclaiming the good news of God. “The time has come,” he said. “The kingdom of God has come near. Repent and believe the good news!” ‘

Matthew 4:12-17 “When Jesus heard that John had been put in prison, he withdrew to Galilee. Leaving Nazareth, he went and lived in Capernaum, which was by the lake in the area of Zebulun and Naphtali— to fulfill what was said through the prophet Isaiah: “Land of Zebulun and land of Naphtali, the Way of the Sea, beyond the Jordan, Galilee of the Gentiles— the people living in darkness have seen a great light; on those living in the land of the shadow of death a light has dawned.” From that time on Jesus began to preach, “Repent, for the kingdom of heaven has come near.”

The problem with the people of Jesus’ day was that they supposed that the Messiah’s kingdom would only be national in scope. It would be political in nature and transform their nation into a world power.

John 6:14-15 “After the people saw the sign Jesus performed, they began to say, “Surely this is the Prophet who is to come into the world.” Jesus, knowing that they intended to come and make him king by force, withdrew again to a mountain by himself.”

They were not much different from us were they? There are some who think that the kingdom of God will come with the election of a president who will come closest to our political views of what is important for the nation. We put our hope in a political leader as much as they did. We place our confidence in a person, or the military power of the state, rather than placing our confidence in God and the power of reaching out in his name to the poor and disenfranchised of the world. I do not believe that the answer to our nation’s problems lie within either political party, but in the repentance and transformed lives of the nation’s people. And when our loyalties to a particular political party come before our loyalty to the kingdom of God and the people of that kingdom, then we may know for sure that our confidence has been misplaced.

Can you imagine the Christians of the early church placing their hope in the Roman empire? Do you think they dreamed of having a Christian Caesar, laws based on the Bible or political leaders who based their decisions on the teachings of Jesus? That would have been a laughable thought. They saw themselves as being a kingdom within a kingdom. The problem for them was surviving the persecution of the government and not being the next meal for a hungry lion. Jesus’ disciples fled when he was arrested because they assumed they would be crucified along with him. Their hope was not in Rome eventually getting the picture and becoming a Christian empire; their hope was in the God who was transforming the world one person at a time. Their hope was in the fact that they had a living Savior, and that the power of the Holy Spirit was available to them. They knew their experience with God had transformed their lives and they believed, without a doubt, that it could transform others.

Within you. The Kingdom is not in Washing D. C., it is within you. Within you resides the power of the Universe. You have a Kingdom within.

How does this happen? It happens when we accept God’s invitation to be a part of his Kingdom.

John 3:1-3 “Now there was a Pharisee, a man named Nicodemus who was a member of the Jewish ruling council. He came to Jesus at night and said, “Rabbi, we know that you are a teacher who has come from God. For no one could perform the signs you are doing if God were not with him.” Jesus replied, “Very truly I tell you, no one can see the kingdom of God unless they are born again. ”

Just as you have had a physical birth, so you must have a spiritual birth. We become subjects of a kingdom within a kingdom. We are a part of the kingdom of this world, but our allegiance is to another Kingdom. Mother Theresa once said, “By blood and origin, I am all Albanian. My citizenship is Indian. I am a Catholic nun. As to my calling, I belong to the whole world. As to my heart, I belong entirely to Jesus.”

John 14:1-4 “Do not let your hearts be troubled. You believe in God ; believe also in me. My Father’s house has many rooms; if that were not so, would I have told you that I am going there to prepare a place for you? And if I go and prepare a place for you, I will come back and take you to be with me that you also may be where I am. You know the way to the place where I am going.”