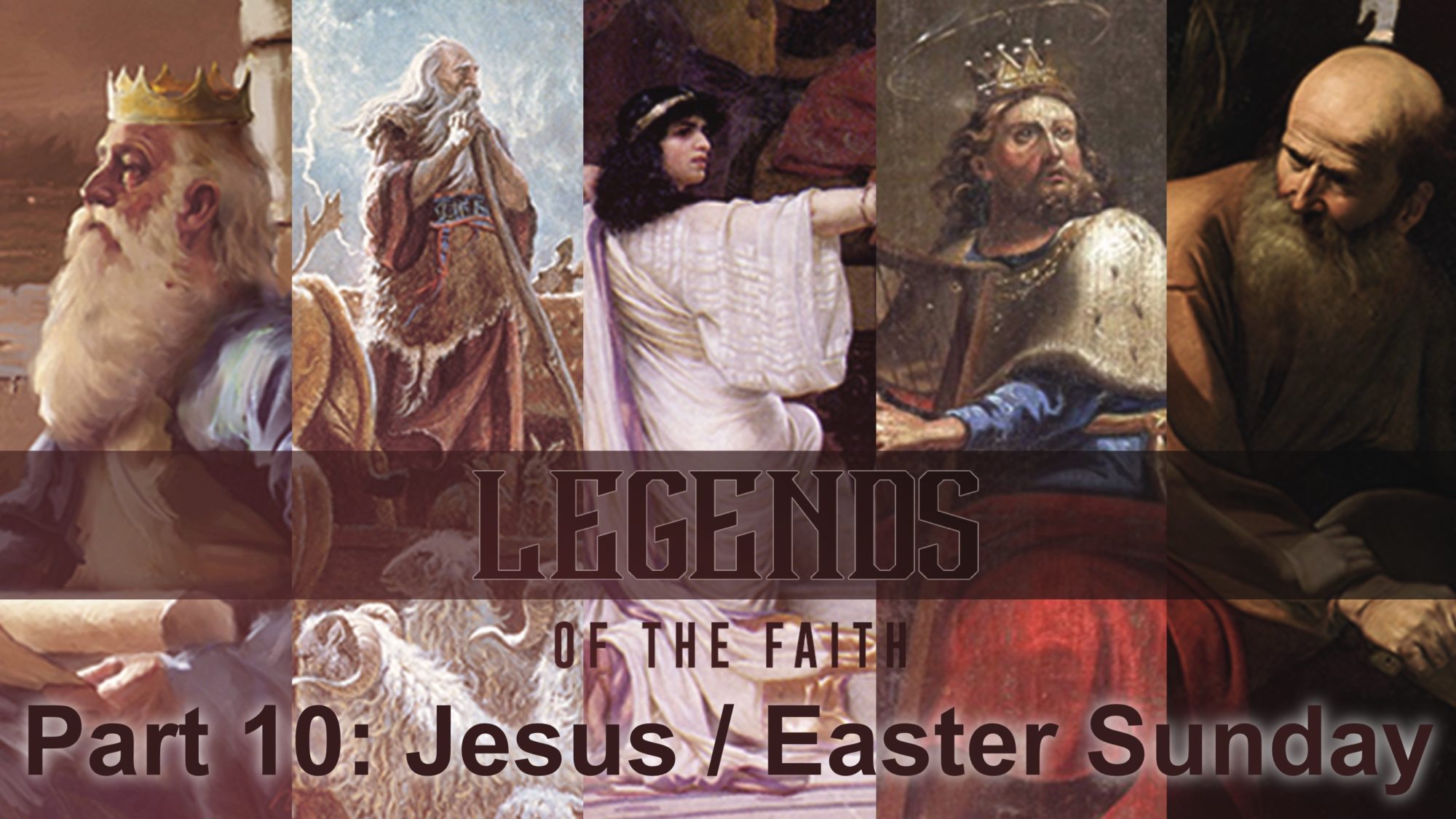 Part 1:  Noah
Life Lesson:  One person can make a difference!

Genesis 6:5-8 The Lord saw how great the wickedness of the human race had become on the earth, and that every inclination of the thoughts of the human heart was only evil all the time.6 The Lord regretted that he had made human beings on the earth, and his heart was deeply troubled.7 So the Lord said, “I will wipe from the face of the earth the human race I have created—and with them the animals, the birds and the creatures that move along the ground—for I regret that I have made them.” 8 But Noah found favor in the eyes of the Lord.

Genesis 7:1 The Lord then said to Noah, “Go into the ark, you and your whole family, because I have found you righteous in this generation.
Acts 16:31 They replied, “Believe in the Lord Jesus, and you will be saved—you and your household.”
Acts 13:36 “Now when David had served God’s purpose in his own generation, he fell asleep; he was buried with his ancestors and his body decayed.
2 Chronicles 16:9 NKJV For the eyes of the Lord run to and fro throughout the whole earth, to show Himself strong on behalf of those whose heart is loyal to Him. . .

Ezekiel 22:30 “I looked for someone among them who would build up the wall and stand before me in the gap on behalf of the land so I would not have to destroy it, but I found no one.” IF NOAH COULD SPEAK

Proverbs 29:25 Fear of man will prove to be a snare, but whoever trusts in the Lord is kept safe.

Hebrews 11:7 By faith Noah, when warned about things not yet seen, in holy fear built an ark to save his family. By his faith he condemned the world and became heir of the righteousness that is in keeping with faith.

Psalms 91 Whoever dwells in the shelter of the Most High will rest in the shadow of the Almighty. 2 I will say of the Lord, “He is my refuge and my fortress, my God, in whom I trust.” 3 Surely he will save you from the fowler’s snare and from the deadly pestilence. 4 He will cover you with his feathers, and under his wings you will find refuge; his faithfulness will be your shield and rampart. 5 You will not fear the terror of night, nor the arrow that flies by day, 6 nor the pestilence that stalks in the darkness, nor the plague that destroys at midday. 7 A thousand may fall at your side, ten thousand at your right hand, but it will not come near you. 8 You will only observe with your eyes and see the punishment of the wicked. 9 If you say, “The Lord is my refuge,” and you make the Most High your dwelling, 10 no harm will overtake you, no disaster will come near your tent. 11 For he will command his angels concerning you to guard you in all your ways; 12 they will lift you up in their hands, so that you will not strike your foot against a stone. 13 You will tread on the lion and the cobra; you will trample the great lion and the serpent. 14 “Because he loves me,” says the Lord, “I will rescue him; I will protect him, for he acknowledges my name. 15 He will call on me, and I will answer him; I will be with him in trouble, I will deliver him and honor him. 16 With long life I will satisfy him and show him my salvation.”

Matthew 28:20 NLT . . . “And surely I am with you always, to the very end of the age.” 2 Peter 3:6-9   By these waters also the world of that time was deluged and destroyed. 7 By the same word the present heavens and earth are reserved for fire, being kept for the day of judgment and destruction of the ungodly.8 But do not forget this one thing, dear friends: With the Lord a day is like a thousand years, and a thousand years are like a day. 9 The Lord is not slow in keeping his promise, as some understand slowness. Instead he is patient with you, not wanting anyone to perish, but everyone to come to repentance.